"Co-operation, in the industrial sense of the word, means the equitable division of profits with worker, capitalist, and consumer, concerned in the undertaking. From the commencement of human society Co-operation has been common in the sense of two or more persons uniting to attain an end which each was unable to effect singly. As society grew, crowds were coerced into acting together by king or chief, who took the profit. In modern days the capitalist has it. It is still common to regard the labourer as being under great obligation for mere subsistence, while he aids in creating the wealth of his employer. The new Co-operation, of which I here write, begins in mutual help, with a view to end in a common competence. A co-operative society commences in persuasion, proceeds by consent, seeks success by common efforts, incurs risks, and shares losses, intending that all its members shall proportionately share whatever benefits are secured."
The History of Co-operation ,
GEORGE JACOB HOLYOAKE (1817–1906)

For the life of George Holyoake, you may read a biography at http://www.spartacus.schoolnet.co.uk/PRholyoak.htm .
Two key facts mark out George Holyoake: he was the last person to be found guilty and imprisoned in England for blasphemy and he was instrumental in the establishment of the Co-operative Union in 1887.

An American Appreciation
John Osborne's 'A Subject of Scandal and Concern'
"Amongst a body of further stage plays, Osborne also produced a clutch of original screenplays. His first television play was 'A Subject of Scandal and Concern' (Sunday Night Play, BBC, tx. 6/11/1960), also directed by Richardson. It was an unusual drama-documentary, interspersing its drama with presenter John Freeman narrating straight to camera. It dramatised the case of George Holyoake, an atheist who, in 1842, became the last man to be imprisoned for blasphemy." see here
His stammer recalled by Philip French.
Posted by Holyoake at 08:23 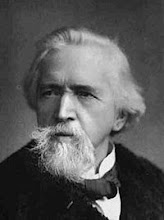